One of Pakistan’s checkout solution websites called ‘bSecure’ conducted an internal CRM search to learn more about the e-commerce dynamics in the country.

A team member of bSecure, Adam Dawood, took to Twitter and shared the salient points of what was found.

Note that the following conclusions have been drawn from one company’s search parameters and may not serve as entirely accurate markers for the entire industry. 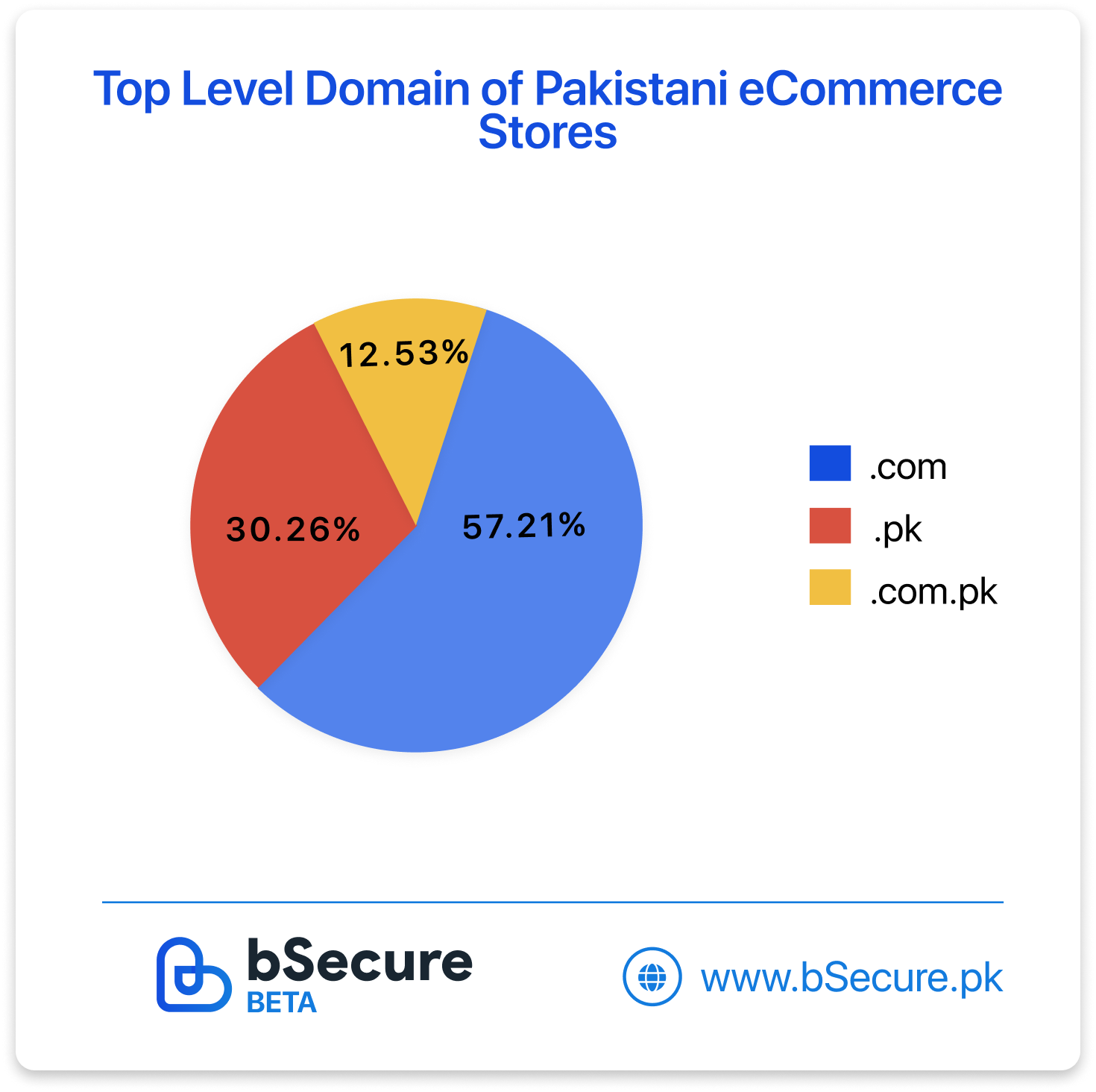 The study revealed that most stores seem to prefer using a .com domain as compared to a .pk or .com.pk domain although there is no end impact on the overall growth of eCommerce.

When segmented by category, WooCommerce still turned out to be the big winner. However, the difference is of a much smaller margin for the fashion category. 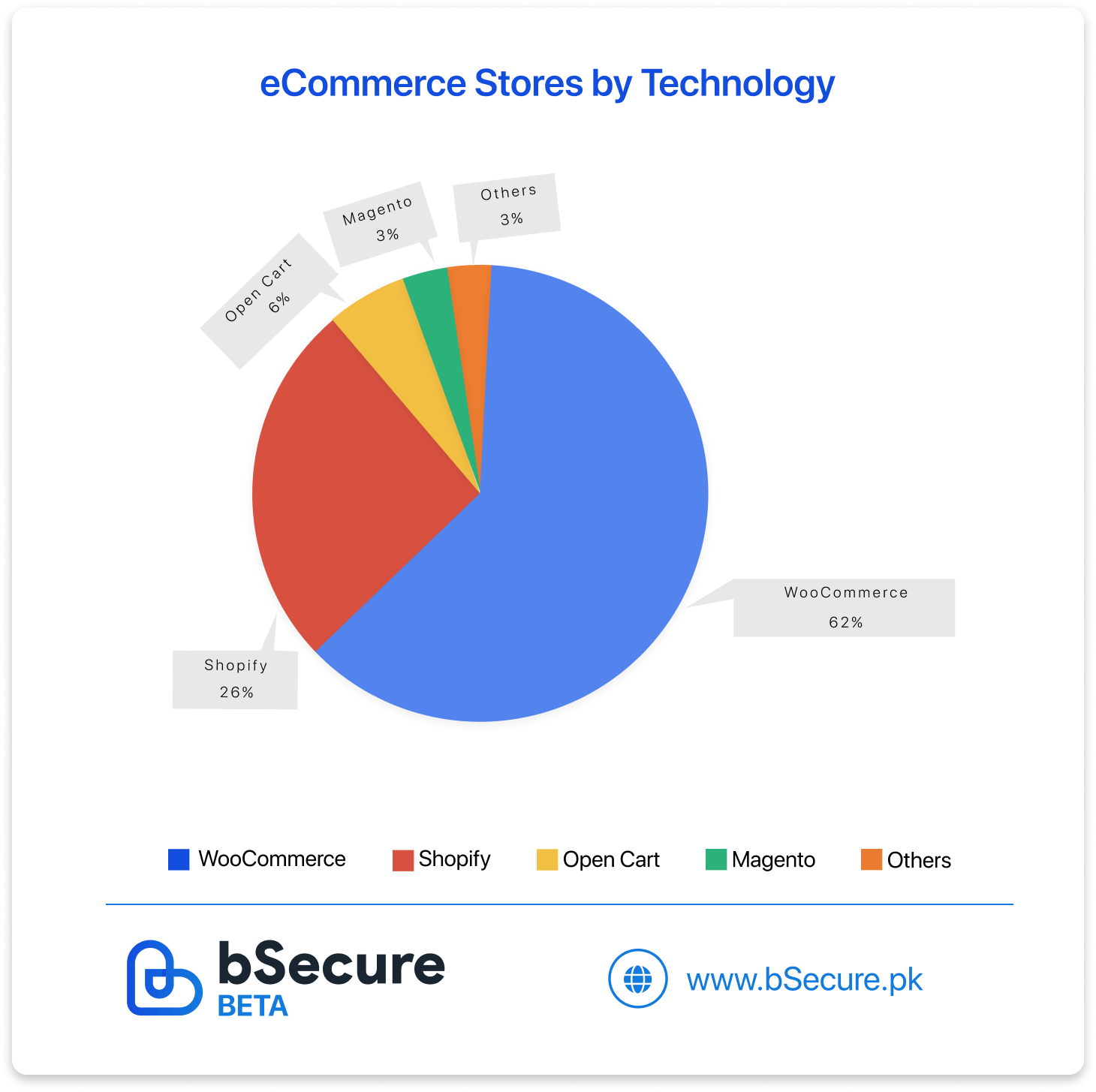 Market indicators also generally show that most big fashion brands use Shopify while several large fashion houses use Shopify Plus.

Food & Drink stores seem to prefer WooCommerce as well nearly three-quarters of the time while consumer electronics stores appear to prefer it two-thirds of the time. 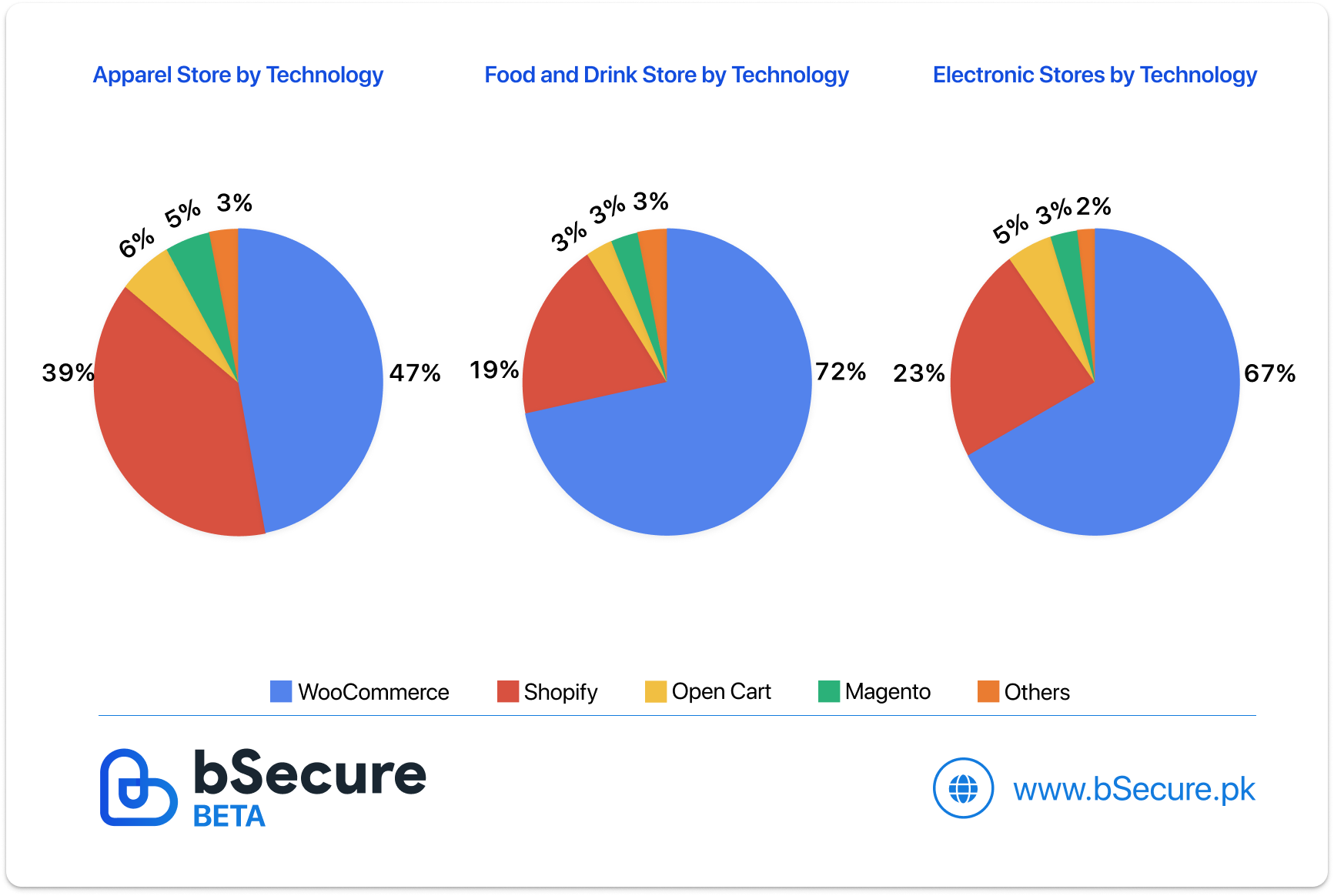 “The number of eCommerce stores opening up has been accelerating rapidly. Looking at data from when domain names were purchased we can see a rising trend,” Dawood tweeted.

The number of stores created every month is increasing and had peaked in February 2021 with almost 800 stores being created. 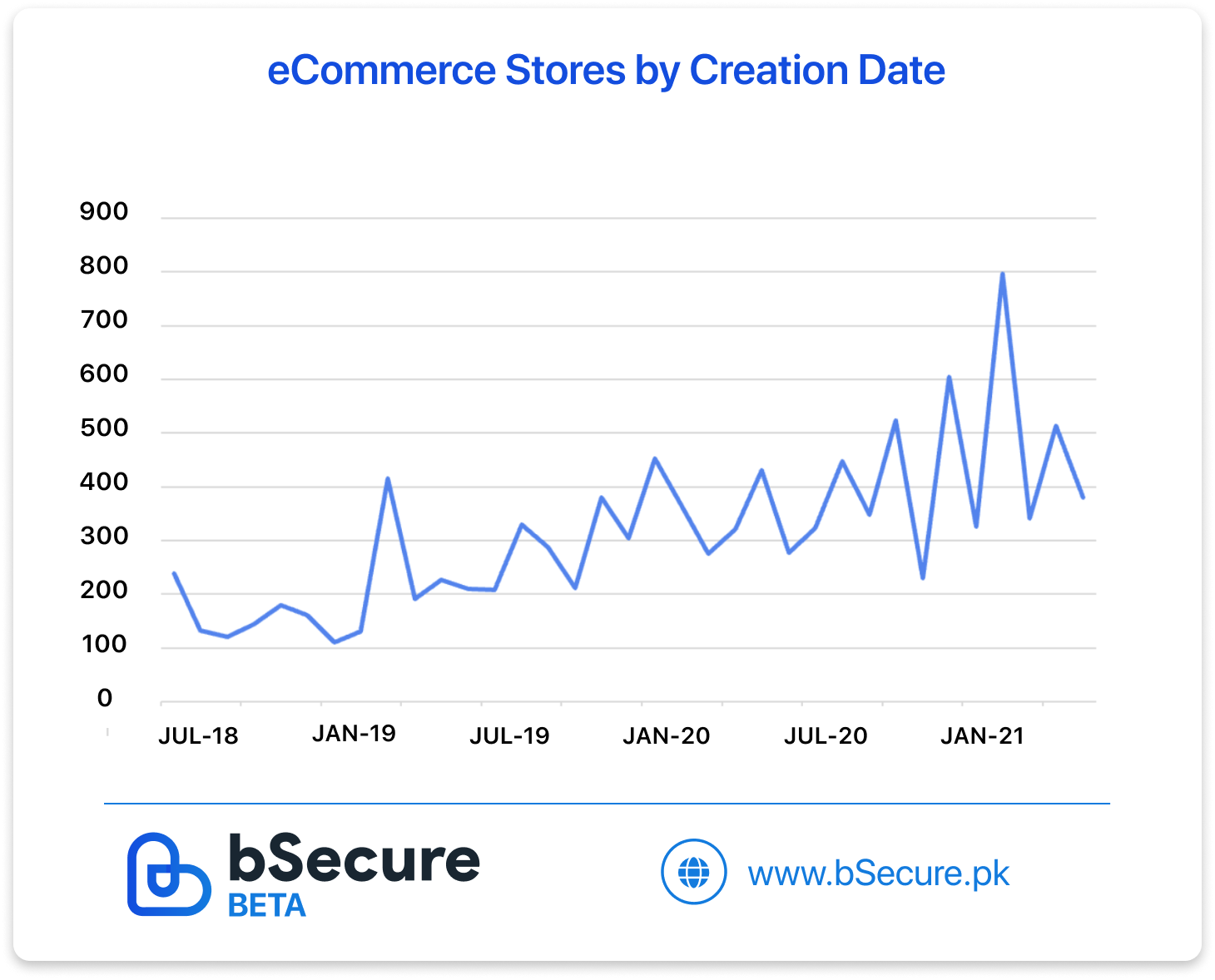 The vast majority of stores had less than 100 products, with very few stores offering more than 5,000 products.

Dawood said, “I would also wager that a lot of these products are inactive as well, as purely based on my experience and anecdotal experience I feel that these numbers are too high, especially when you come to the stores with over 5,000+ products”. 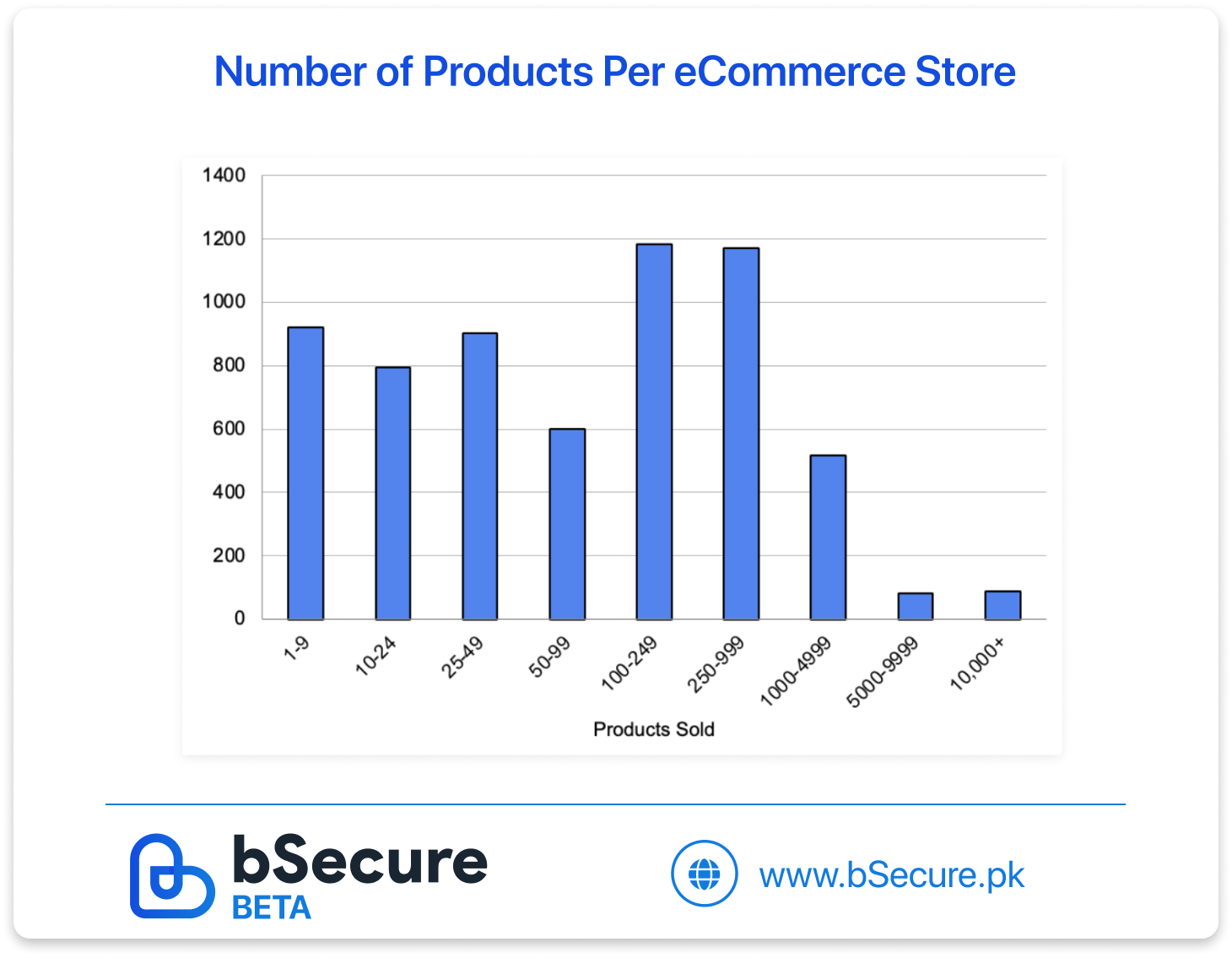 If the same numbers are compared on a category-wise basis, it shows half of consumer electronics stores to have between 100-250 products while just over 50 percent of fashion stores have between 50 and 250 products.

However, half of Food & Drink stores have less than 50 products. This leads to two possible conclusions: either people start food and drink stores much faster as is easier, and then they do not expand their product line beyond that; or that kiryana stores have started to appear online and are putting up their fast-moving items on sale. 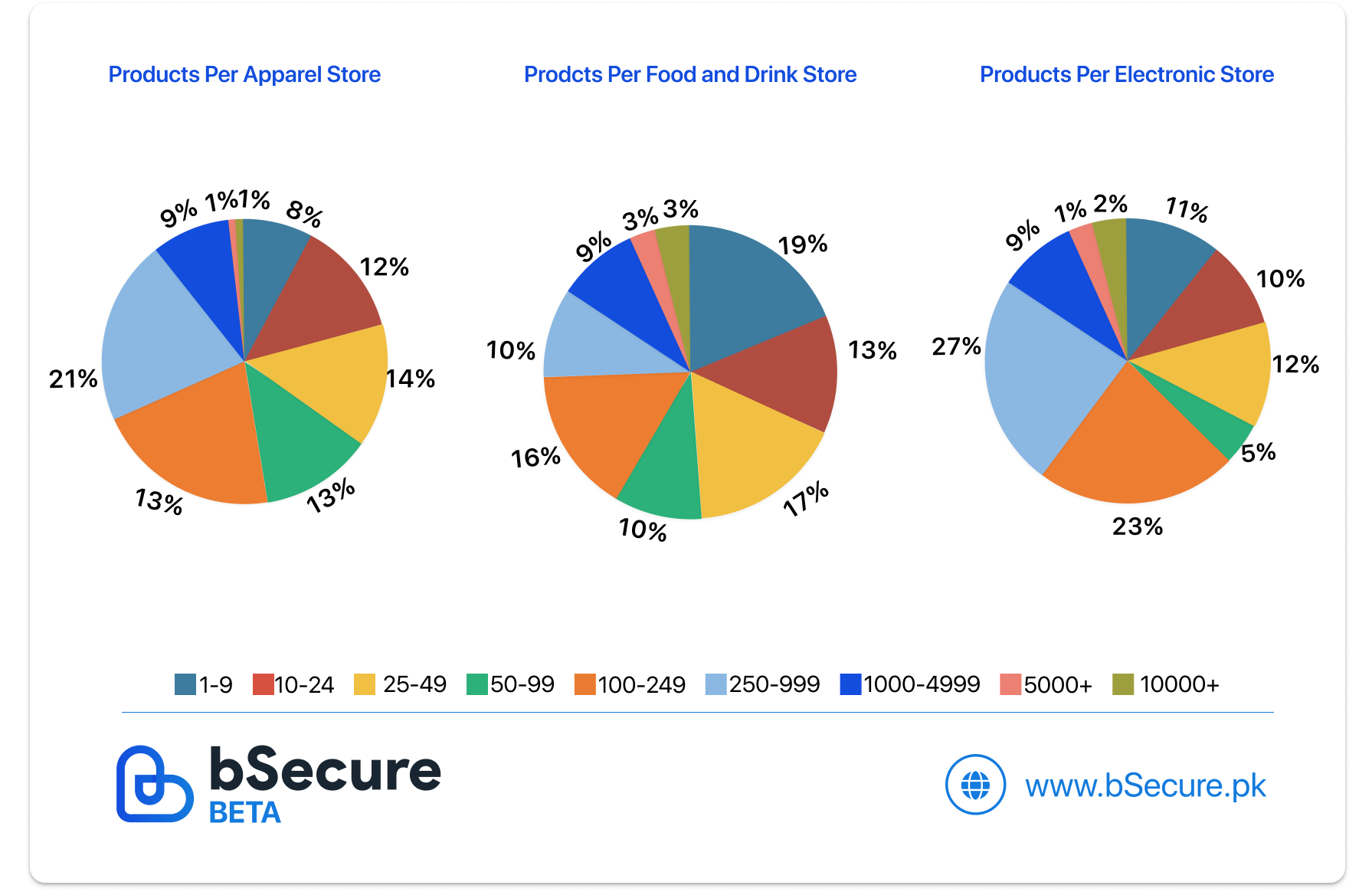 Another option could be that the data collected by bSecure is not fully inclusive of the market, which is why it would be incorrect to assume that these metrics hold true for the entire online retail sector.